It’s not uncommon to find a vehicle in the United States equipped with a set of Pirelli tires, which may beg the question, are Pirelli tires made in the USA? While extremely popular in America and coming in as the fifth largest tire manufacturer in the world based on sales, this company has a presence in over 160 countries, with manufacturing in several of those countries, one of which is the United States. However, the share of manufacturing efforts in the US is not nearly a majority. 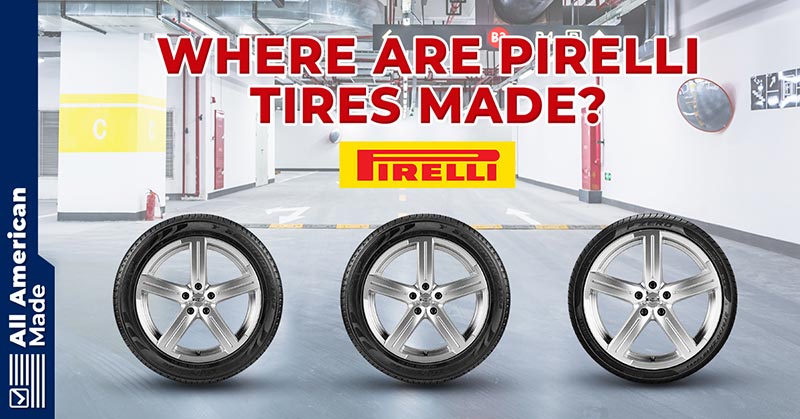 In this guide, we’ll break down where Pirelli tires are made and other important information about the brand.

Pirelli tires are made in several countries, including the United States, China, Mexico, Romania, Brazil, Venezuela, Italy, and Russia. Last year only produced 19 percent of its ultra-high-performance tires in the United States.

In the following article, we will go into greater depth on where they manufacture Pirelli the most and their short history in the United States. Keep reading if you’d like to learn more about this company.

Let’s put things into perspective with the US manufacturing plant against two plants in Silao, Mexico. Pirelli produces an estimated 500,000 tires per month at its plants in Mexico, and the plants here mark out its third most important manufacturing plant. Pirelli’s factories in Romania and Brazil are the only other two places where they produce more tires.

The growing foreign investment from the automotive industry in Mexico from companies like GM may play a role in why Pirelli chose to invest another $36 million in its tire factories in Mexico. Being next to its customers, they sell more easily without having to worry about importing them overseas.

Where to Find American Made Pirelli Tires 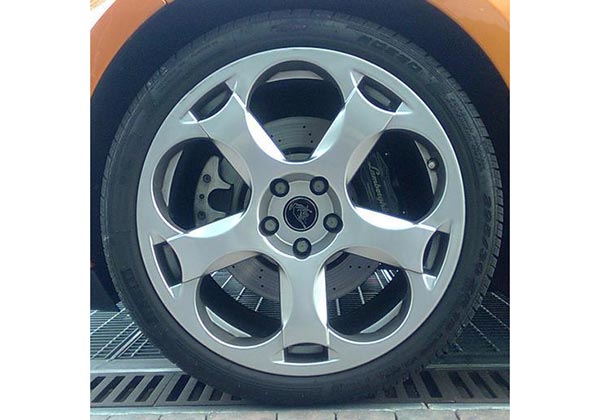 Pirelli more commonly had US-sourced tires in the SUV and truck market. Still, we wouldn’t call this a groundbreaking difference because they only produced 33 percent of their tires in this category within the United States. That marks the largest amount, which means that the majority of Pirelli tires come from outside the United States.

Up until August 17, 2002, Pirelli didn’t even have a single tire manufacturing plant in the United States. After that point, they set up their US-based headquarters in Rome, Georgia, and created a specialty tire manufacturing plant that employs over 250 workers. Their plant in Rome, Georgia, appears as a not-so-subtle nod to the brand’s Italian heritage.

However, Pirelli says this was a mere coincidence because of the availability of skilled labor and good flight connections between Atlanta and Italy. They decided that they wanted to manufacture next to the US market to better serve the market. The tire brand chose a specialty tire with a huge potential for growth and strong profit margins of 15 to 25 percent.

Is Pirelli a Chinese Company?

China National Chemical Corporation or ChemChina started with a 26.2 percent stake in Pirelli but eventually took the majority controlling share at over 50.1 percent. However, while ChemChina originally took a share of 65 percent, they eventually dropped the shares back down to a stake between 45 and 46.7 percent to show a friendly approach to investment markets in Europe.

Even when they took control, the Chinese had more of a hands-off approach to the business rather than trying to control it. However, you can learn more about the takeover here.

Since the beginning, Pirelli’s roots go back to Milan, Italy, in 1872, making it an Italian-based company. However, they have a presence in over 160 countries around the world, including China.

With China owning a large controlling stake in the company, it should come as no surprise that they have had a production facility in China since 2005. They opened a second tire factory in November 2007, but it remains at a low production of 700,000 tires per year. Pirelli remains a small player in the Chinese market, which may explain the lower production.

When ChemChina grabbed a 65 percent stake in Pirelli, a cash-strapped Italy took it all in stride. The biggest issue came from how they didn’t have anyone else who could challenge the takeover.

Are Pirelli Tires Made in Russia?

This information should give you another example of Pirelli not prioritizing American-made manufacturing, and in fact, it even seems to neglect that portion of its business in comparison to manufacturing in other countries.

What Cars Use Pirelli Tires?

Pirelli tires often go on the most luxurious and high-performance vehicles like the Aston Martin, Porsche, Bentley, and Ferrari. Because of that, most people think of Pirelli tires as more high-end tires. The brand has even dealt with Lamborghini, Maserati, Pagani, and McLaren for a 100 percent supply agreement.

The company doesn’t limit itself to cars, and they make tires for bicycles and motorcycles as well. You can also buy aftermarket tires, and they perform well in winter weather.

As a final note, Pirelli serves as the exclusive tire supplier for Formula One Championship racing, and they have sponsored race competitions since 1907. You can learn more about their plans with F1 here.

Should You Buy Pirelli Tires?

If you wanted a distinctly American tire brand that produces its tires in the United States, Pirelli shouldn’t even come up in the list of suggestions. Their total lack of manufacturing in the US shows that you would be better off if you were to put your money into other more American-made tire brands if your goal is to wrap your wheels in tires made by Americans.

Pirelli only has a single manufacturing plant in the United States, and they didn’t even consider this until 2002, after 100 years in business. They produce 400,000 tires per year at their plant in Rome, Georgia, in comparison to 500,000 per month in Silao, Mexico.

If you were to buy tires strictly based on their merits of being American-made, we would never recommend this brand. Pirelli tires have a reputation for their high performance, but many customers have said that they don’t live up to the prestige. They’re rarely the lowest-priced tires, and they don’t carry a mileage guarantee like some of the other brands.

What is an Alternative Tire Brand to Pirelli That is American Made?

Only two good options remain if you want to buy American-made tires: Goodyear and Cooper. Goodyear runs 17 US-based facilities, but their tires made in the US are only one part of the process of production. They also have become more of an international brand, despite their American roots that go back to Akron, Ohio, in 1898.

The one issue with American-made tires comes from their higher cost of them. Goodyear and Cooper can cost $400 per tire, whereas a tire made elsewhere might cost $195 per tire.

How to Tell if Your Tires are American Made

An estimated 95 percent of the tires that the average American can afford come from China, Taiwan, and other countries. The manufacturing standards differ in these countries, but the lower cost has made it so that many tire companies have shipped the work overseas.

Tires truly made in the USA will proudly have a “Made in the USA” label. The tires made elsewhere will usually try to hide the origins of the tires, but US customs force them to label the origin of the country. You can usually find the label on the packaging. Unfortunately, other tire brands will even try to cover up the origin with names like Americus, which they make in Thailand.

Looking up the tire identification number (TIN) will give you the origin of the tires as well as the manufacturing plant that they came from.

Buying cheap tires will also give you a hint of their origin since most American-made tires will cost more, which makes it difficult for them to compete with their overseas counterparts. Understandably, not everyone can afford American-made tires, but it may be worth paying the extra to support our nation’s economy.

There is an amazing documentary about Pirelli and how they manufacture their tires that you can check out below!

Pirelli has a rich Italian heritage, but it doesn’t offer much for people looking for American-made tires besides performance. These tires rarely even come at a low price, which makes them undesirable to the average person. While they do employ some Americans at their factory in Rome, Georgia, they don’t employ many in comparison to other tire companies.

4 thoughts on “Where Are Pirelli Tires Made? 2023 Overview”