An established and beloved dog food for over 80 years, Purina’s quality puts it consistently within the top three dog food brands. They remain there year in and year out because of the quality of their dog food made from top-notch ingredients. With that in mind, you may wonder where they make Purina dog food hoping to support companies in the USA. 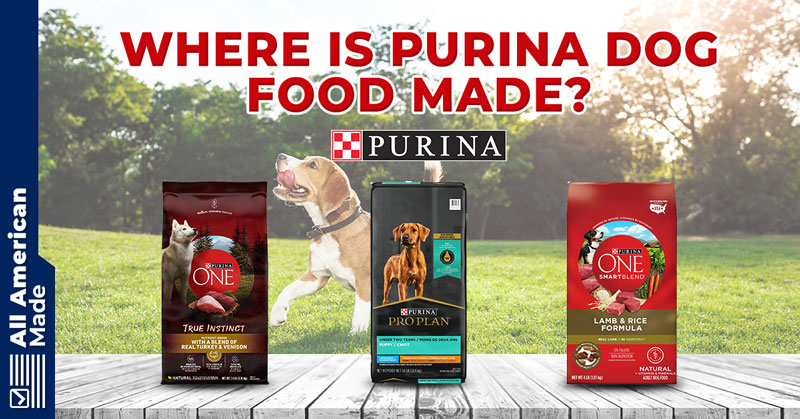 If you would like to learn more about where they make Purina dog food, keep reading because we will cover the manufacturing facilities of Purina and what you might want to know about them in order to make a sound and safe decision for your pup’s meals!

99% of Purina dog food is made in the United States. The company sources most of its ingredients from the USA as well. They have 22 manufacturing facilities globally, with one in Fairburn, Georgia, and a new one in Eden, North Carolina.

Some of the locations where you will find manufacturing plants in the USA include:

While we said that they have 22 manufacturing facilities, the ones outlined deal directly with dog food. Some of the other ones may make cat food or kitty litter. Purina makes a variety of pet food and pet care products. They are a brand with a great reputation, and if you’d like to see other brands, we recommend as well check out our full article on dog food made in the USA. 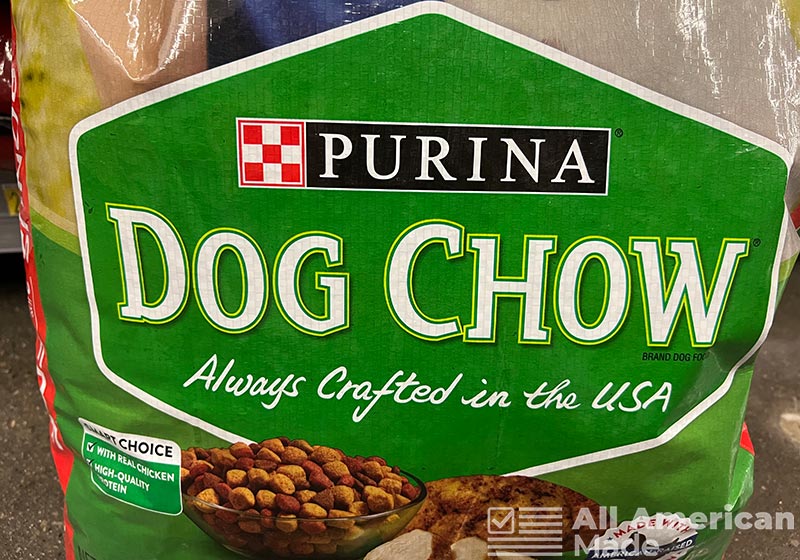 Most of the ingredients sourced from Purina will come from a U.S.-based source to ensure the maximum nutrition for your dog. Purina says that 100 percent of its beef and 99 percent of its poultry comes from U.S. sources. Most of the beef includes rice for brain and vision development in puppies. Because it contains real beef, your dog receives 23 essential vitamins and minerals to promote health.

American-raised chickens have become a staple in dry dog food products, and while not always the healthiest, it provides a source of protein. When we say chicken or beef, we often refer to the byproducts of the animal when talking about dog foods. For example, the byproducts used for dog foods include the lungs, the spleens, the livers, and the kidneys. Purina doesn’t add unhealthy things like intestinal products, feathers, hair, or hide as you might find with other dog foods. As long as the byproducts follow strict criteria, it is, in fact, healthy for your dog.

Let’s have a look at how much of each ingredient comes from American sources:

Purina Dog Food makes all its own dog foods under the Purina brand. They don’t use third parties to make their dog food. Most of the dog foods in the USA will come from sources within the country at their own manufacturing facilities.

Recently, Purina has gotten into another source of dog food, which uses insects as part of the dog’s diet. You can learn more about that here and how it may help to fight climate change.

Check out this quick message from Purina about their manufacturing processes below.

Are Purina Dog Treats Made in China? 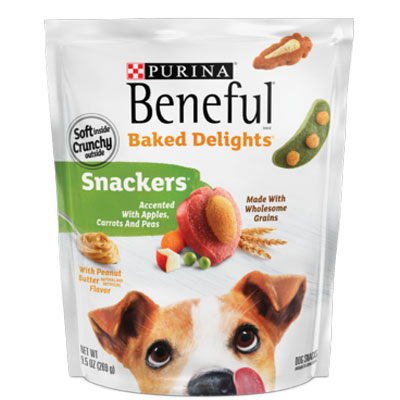 While most of the Purina brand sold in the United States comes from US sources, you do have an exception. Some of the dog food treats come from Chinese sources. For example, Nestle Purina’s Waggin’ Train treats were recalled because they were being made in China, and they learned how they contained unregulated antibiotics. Because of these dog treats, one dog was dying per day, and six dogs were suffering from kidney disease.

At the end of the scandal, over 500 dogs died because of dog treats, which you can learn more about here. Generally speaking, we would advise that you don’t buy foreign-made dog foods because of how the regulations in countries like China remain lax in comparison to the USA. At the same time, you support jobs in America.

To ensure that you buy USA-made products, check the packaging. All products coming from foreign sources like China must disclose this information on the packaging to customs under U.S. law. Because of that, you can tell what was made in the USA and what wasn’t. Be aware of how some products will only be made in the USA, but the ingredients may come from foreign sources. In some cases, brands will try to hide this information.

Some of the dog treats from China are made there for good reasons. For example, China considers the breast meat of the chicken a byproduct since they find that it lacks flavor, which Purina seizes the competitive advantage for better affordability to U.S. consumers for high-quality meat.

While this doesn’t relate to China, you should also be aware of how the Busy Bones treats were made in Colombia.

Purina Investment in Manufacturing Facilities in the USA 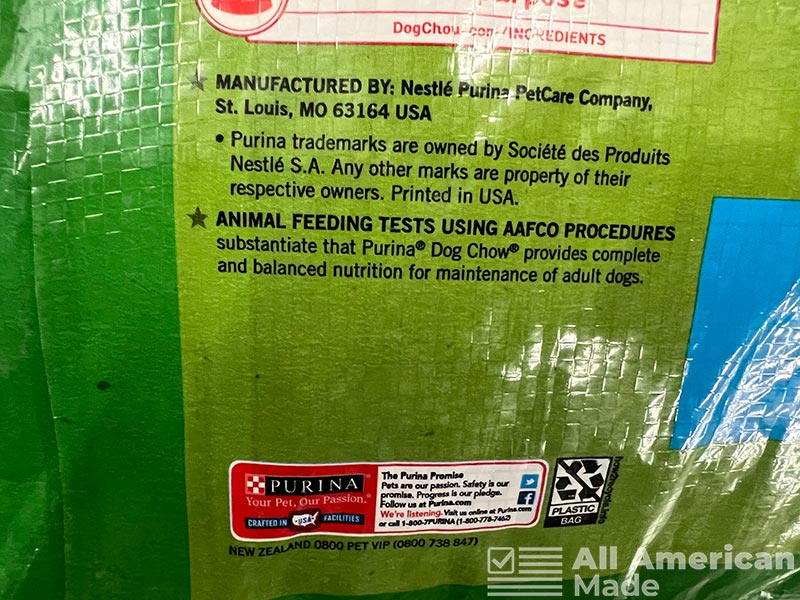 Most of the Purina dog foods sold in the USA have been made there. They even recently poured $320 million into opening a manufacturing plant in Fairburn, Georgia. This manufacturing plant sits 130 miles to the southwest of Hartwell, Georgia, another plant where they employ 200 employees and hope to employ 230 by 2023.

The $320 million investment marks the biggest investment that the company has made in its North American or South American pet food manufacturing plants within the last ten years.

At the same time, this is the first new plant that Purina has made in the last 20 years in the United States. Why would they put so much cash into a new facility if they weren’t going to use it? That information shows you how Purina largely remains a USA-based company.

You see some people who have accused the brand of greed and not making its products in the USA, but it doesn’t line up when you look at the money that it put into its U.S. manufacturing plants. Investing in a manufacturing facility is a long-term investment, and every company that makes that investment plans on seeing a return.

At the plant in Fairburn, Georgia, Purina hopes to employ 350 new workers. Not only will the new plant in Georgia give jobs to hard-working Americans, but it will use the best environmental practices like water conservation and treatment methods.

Along with this new plant, Purina has been expanding its USA imprint with a new manufacturing plant in Bloomfield, Missouri, which will cost $115 million, and another plant that they made in Allentown, Pennsylvania, where they will employ 800 workers. Purina also announced a $550 million investment in Williamsburg Township, Ohio, where they will build another factory.

Purina Investing More in Other Countries?

You do see Purina putting manufacturing plants up in other countries, like putting an additional $111 million into its pet food facility in Tianjin, China. However, this was done largely to sell to the Chinese market, which has an increasing demand for high-quality pet foods.

Purina also invested $160 million at its plant in Silao, Mexico, which may be marketed more toward the Mexican market. In fact, Purina has been in Mexico for almost 90 years, so this doesn’t mark a new development. Most of the Purina dog food bought in the USA comes from sources in the United States, not elsewhere.

In December 2001, Nestle acquired Purina for $10.3 billion and merged it with the Nestle pet food business. William H Danforth started the company in 1894 under the name Robinson-Danforth Commission Company where it sold cereals known as Ralston Whole Wheat Cereal. It wasn’t until 1921 that the company first entered pelletized animal feeds.

Here’s where it may look confusing because while the house pet food portion of Purina is owned by Nestle, the Purina Mills side, the side for farm animals, is owned by Land O’ Lakes, a Minnesota-based company. Years ago, both sides of the company fell under a single brand known as Ralston Purina. They split the divisions, however, and that was how Land O’ Lakes wound up with Purina Mills and Nestle wound up with Nestle Purina.

Currently, Nestle owns the rights to Purina pet foods like dog foods and cat foods. If you see packaging that falls under farm animals, this refers to Land O’Lakes, rather than Nestle Purina. They also have different logos to tell the difference between them. The easiest way to tell the difference is that Nestle Purina manufactures pet foods for house pets. Meanwhile, Purina Mills was intended as farm animal feed. If you’re buying feed for your horse, that is Land O’ Lakes.

When Nestle bought Purina, the brand joined a collection of other brands that fell under the label. You may be familiar with many of these pet food brands like:

Related Article: What Dog Treats Are Made in the USA? 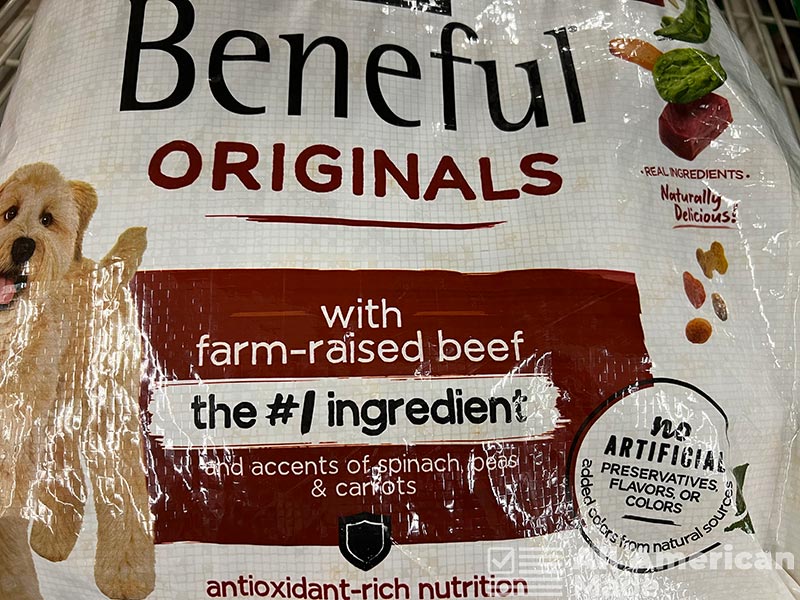 Purina is a company we really like here at All American Made. We find their food to be very high quality, but just like any product, check the packing to ensure the food you’re getting is, in fact, American-made.

That does it for this article. Let us know if you have any further questions regarding where Purina dog food is made in the comments below.