Based in Japan, Toyota ranks as the largest car manufacturer in the world with its production of 10 million cars per year. With that in mind, you may wonder where the production takes place. Understanding its production will allow you to decide if you want to support this company. 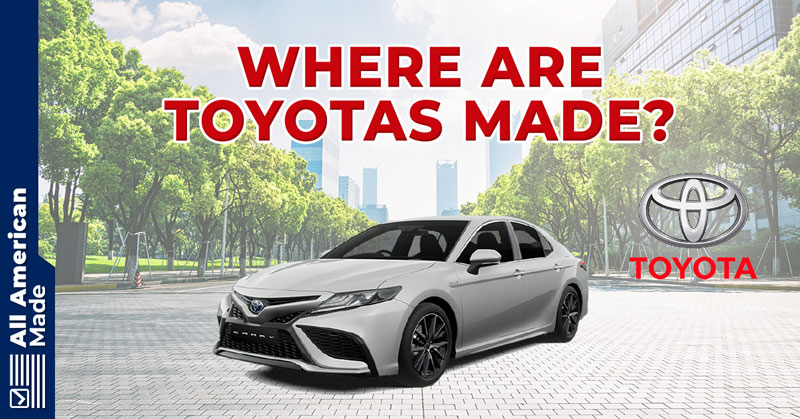 Toyota manufactures worldwide and some of the locations include Japan, the United States, Thailand, Brazil, Mexico, China, and the United Kingdom. Over 70 percent of Toyota cars sold in the US were assembled in North America.

Is Toyota Made in the USA and if so, What Percent?

Toyota has created jobs on American soil for 35 years with 10 facilities in the United States. With that in mind, Toyota only assembles its vehicles in the US.

Some of the most popular models that they make in the United States include:

Most of the Toyotas on the road in the United States came from a US manufacturing plant, but you may still want to check the origin to make sure that they made it on American soil.

Some of the states where they have manufacturing facilities in the US include Texas, Indiana, Mississippi, Kentucky, Alabama, Tennessee and Virginia. To understand the level of production happening within the United States, the company produced two million cars in North America in 2018.

In Georgetown, Kentucky, Toyota invested $8 billion into its largest manufacturing plant in the world. Toyota Motor Manufacturing Kentucky (TMMK) sits on 1,300 acres and gives jobs to over 9,000 employees.

Some of the models produced at TMMK include:

Toyota continues to invest in America with a $461 million expansion plan. This expansion will include advanced technology that keeps Toyota ahead of the competition. The plant has produced hybrids at its plant since 2006. Part of the preparation at the plant will include setting up for the electrification of its vehicles. You can learn more about this transformation here.

Throughout the state of Kentucky, they have over 200 Japanese manufacturing facilities with Toyota being some of them. An estimated 69 percent of all the Japanese vehicles made for the US were made in the United States.

As you can see, the origin of a company doesn’t necessarily mean that they don’t produce vehicles elsewhere. One example of an American company that has begun to send its work to Mexico and China has been GM. GM does still manufacture in the US, but they have seemed to prefer investing in manufacturing jobs elsewhere. Unlike GM, Toyota seems to favor American manufacturing and has made recent investments here.

In the past, they made the engines in Toyota City, Japan, and shipped them to TMMK for assembly. However, the Georgetown manufacturing facility now makes its own engines, and the amount of American content in the cars now sits at around 75 percent. Keep in mind, this will also depend on the model because each one varies to some degree.

The Manufacturing Facilities and Employment in the US

To better understand what the manufacturing landscape looks like in the United States with Toyota, let’s have a look at the facilities where they employ workers and how many each one employs:

Keep in mind, except for the engines and the transmissions, all the manufacturing facilities within the United States only assemble the vehicles. The extra steps before that come from elsewhere. However, they give 27,000 manufacturing jobs to Americans just with the seven manufacturing plants listed above.

Take a real look at the American production of Toyota vehicles with this video below.

Popular Related Article: What Car Brands Are Made in the USA?

Toyota Cars Made in Japan vs Made in the USA

No matter where they make Toyota, they follow the same manufacturing process and use the same auto parts. You won’t notice a great difference between a Toyota made in Japan versus a Toyota made in the USA, but they differ on the small things.

For example, close the door on a Japanese Camry versus a Camry made in the US, and you may wonder if it didn’t sound like it had a more solid sound. The Japanese, unlike China, have a reputation for exceeding manufacturing standards. This culture dedicates itself to its work, and they even have a word for dying of overwork called Karoshi.

Still, a Japanese made car doesn’t support America, and many people call this belief in the superiority of the Japanese made cars an outlandish myth more than fact. They only differ on the small things, and supporting American jobs will support the future prosperity of our nation.

One argument was that they make all the lower-end Toyota models in the United States. However, this would be a false assertion because the Lexus models are considered a luxury brand under Toyota, and they produce them at the factory in Georgetown, Kentucky.

Toyota produces 13 of its models in North America. You can learn more about this company here.

How to Tell Where They Made Your Toyota

Check the vehicle identification number (VIN) on your car to learn where they produced it. The VIN sits at the front near the driver-side window. Usually, you can see it from the outside. The first character on the VIN will tell you the origin of where they manufactured the vehicle.

Use the following to determine where they made your vehicle:

That covers what the numbers at the start of a VIN mean, but the VIN will occasionally have a letter instead, such as:

What Toyota Models Does Japan Make?

In total, Japan produces five Toyota models for the US market that include:

They build some of the other models abroad, but this highlights some of the Toyota models produced directly in Japan.

The production from Toyota remains heavily focused in Japan, and they produce an estimated 3.4 million vehicles annually. Toyota has 16 factories in Japan. Interestingly enough, all except for three of them sit in Toyota City, Japan. The other three can be found in Hokkaido, Kyushu, and northern Honshu.

Where Else Do They Produce Toyota Vehicles?

Toyota is a global corporation, and you would be surprised at the level of production and the many countries where they produce their vehicles. Some of the other countries where Toyota has manufacturing plants include:

This information hopefully shows you the scope of production and where it takes place around the world. The list above doesn’t highlight everything, but it shows you the countries where Toyota has a manufacturing presence.

Should You Support the Toyota Brand? 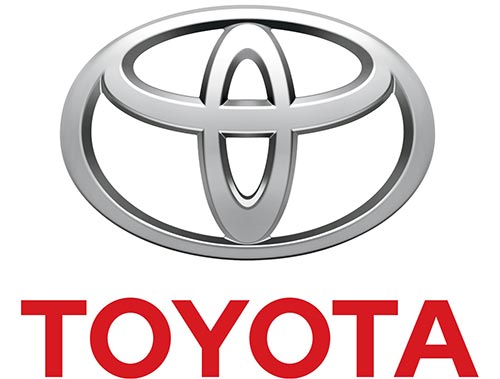 Most of the cars that they sell in the US come from here, and if you feel concerned, check the VIN before buying to make sure. Toyota supports over 27,000 American manufacturing jobs. Just because it is a brand from another country’s origin no longer means that it only produces from that country because of globalization.

Likewise, just because the company is originally American no longer means that it supports America. GM, for example, an originally American made brand established in 1908 in Flint, Michigan, supports nearly the same number of manufacturing jobs as Toyota at 32,353 workers.

The other thing that we would like to point out is that Toyota continues to invest in its American manufacturing facilities, which shows that they plan to continue using them. GM, in contrast, continues to slowly and quietly push its manufacturing jobs down to Mexico and elsewhere. Roughly 50 percent of all GM pickups come from Mexico already.

None of this means that you shouldn’t support GM, nor is it meant to demonize them, but it does point out the inconsistency that people have with thinking that just because it’s an American company means that it will support American manufacturing. In the past, that proved true, but in many cases today, that hasn’t been the truth with automakers.

Despite being a Japanese company, Toyota has done a lot to support American manufacturing.

Are Toyotas Made in China?

Toyota does have a manufacturing presence in China with four factories under GAC Toyota Motor Co., Ltd. With that said, we find it unlikely that many of these vehicles make it to the US market. The Trump administration’s car tariffs have made it less popular to import cars from China.

Toyota also sells an estimated 1.8 million vehicles in China, which made them the top-ranking Japanese car brand.

When it comes to cars made in China, more commonly, it usually comes down to the auto parts. The Toyota cars from the USA will usually get 60 percent of their car parts from a local supplier.

What is the Luxury Brand of Toyota?

The Lexus brand belongs to the luxury division of Toyota. It first came out in the fall of 1989 with its LS 400. While the brand has always belonged to Toyota’s luxury division, Lexus operates independently from Toyota in many ways. It largely branched off and became its own operation, but it remains a subsidiary of Toyota. Discover Lexus and its 30 years of history here.

Get a Toyota Model Strictly Made in the USA

If you wanted to make sure that you support the US economy, we would recommend buying Toyota models that they build exclusively in the US, such as the Avalon, Matrix, Camry Solara, Sienna, Sequoia, Tundra, and Tacoma.

Related Article: Where Are Tesla Cars Made?

Toyota, despite being a Japanese brand, assembles many vehicles in the US, which makes them worthy of your support. They give an estimated 27,000 Americans manufacturing jobs. Part of the reason for this may come from the fact that Toyota’s biggest market is the United States, and their vehicle sales here account for an estimated 25 percent of its global sales. Despite being the leading automaker in Japan, the country has around one-third the population of the United States.