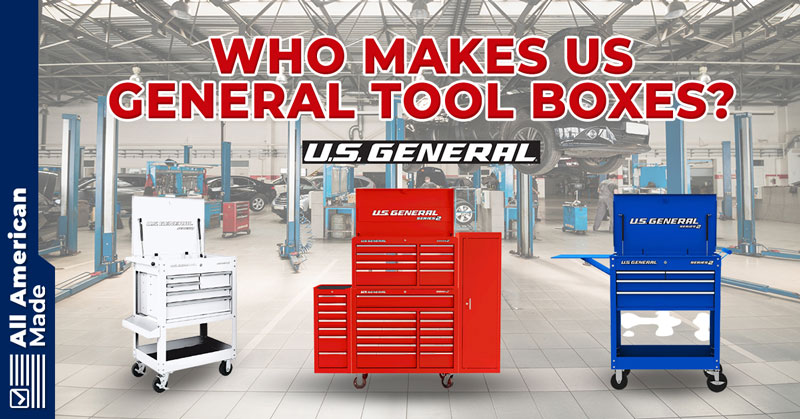 If you’d like to learn more about the manufacturing practices of US General Tool Storage, keep reading as we further explore this subject. 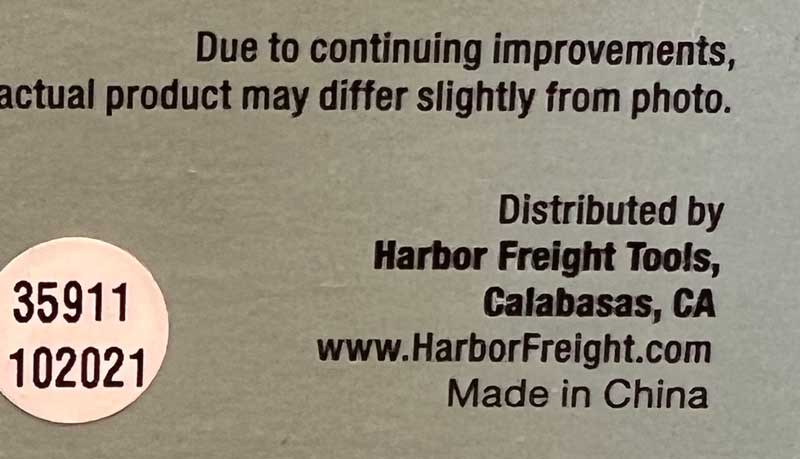 Where Are US General Tool Boxes Made? 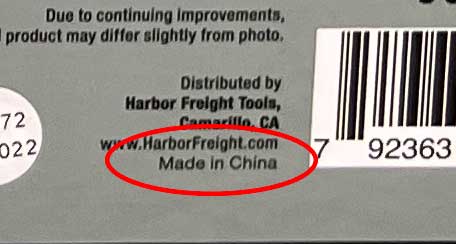 US General toolboxes are made in China. Many people might see the word “US” in the brand name and think that the company made its tools in the USA. Unfortunately, that wasn’t the case, and this brand does nothing to enlighten its customers further on that topic. If anything, they try to keep you in the dark. When asked online if they made the tools in China, they avoided saying China altogether. Instead, they responded evasively with, “We make our tools in many of the same factories that our leading competitors make their tools.” No mention of China whatsoever in the question asked.

You can see their response here to see what we’re talking about. What we found particularly interesting was how they had the nerve to talk about ethics in the same response while never responding directly to the question about the origin of their products. To be clear, there’s nothing unethical about manufacturing in China. It only becomes unethical when you evade questions and perhaps try to cover up the origin of your product.

We vote for companies and their business practices with our money, and if we support those that potentially follow these unethical practices, we will get more of it. We dislike this company’s total lack of transparency on the origin of its products, not necessarily the origin itself. Although made in the USA is better, we respect companies that at least show honesty about the origin. That’s how this company could improve in the future if it wanted to make things right. If you’re going to answer an important question that your consumers are curious about, it’s imperative that the answer is straightforward, easy to understand, and the complete truth, which is not what we got from them on their own website.

No matter what series or model you buy, US General Tool Boxes were all made in China. Given their name, you’d think that at least some of the toolboxes were made in the USA. Instead, they profit from the lack of transparency. Well-meaning customers seeking to find an American-made product will see “US” at the front of the name and potentially be misled.

Looking at their product pages, they show no indication of where they made the toolboxes. You would either have to visit one of their stores and ask or call them to learn more.

To be clear, this isn’t the only subsidiary with which the company has done this. For their Pittsburgh and Pittsburgh Pro tools, they now mostly make them in Taiwan and China. Why didn’t they at least rename the tool brand? They use American names on their products while profiting off the name and possibly fooling people into believing they were made in the USA.

They do this again with their Chicago electric power tool. All of them are made in China despite having the name Chicago.

This company has even made the American flag in China. Any patriot or veteran would feel sickened by these actions. You can see evidence of that here. We will let you take from that whatever you will. We’re not here to disparage any of the companies we mention—we’re only pointing out the facts as we know them from our research and areas where the company could improve.

Some things should be made in America, and when you set certain expectations with a brand name or American image, they should also be made in America. What we dislike about this company is that they put USA-specific names on their brand labels and have the products made in China. We’ve seen this over and over with their marketing.

Where Does US General Make Their Products in China? 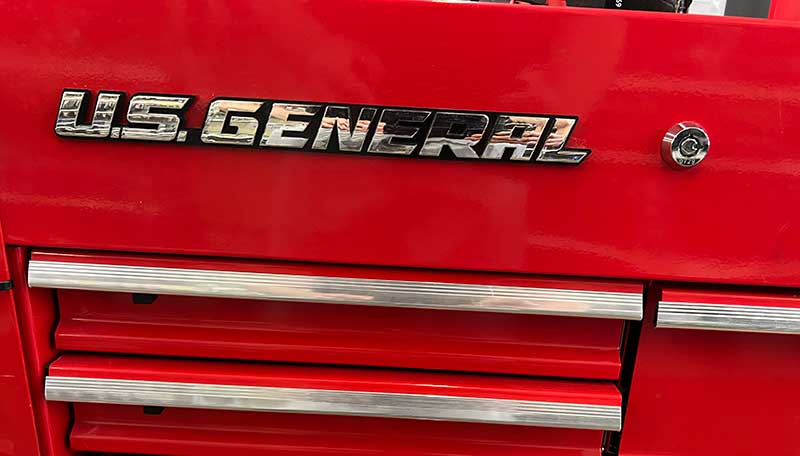 Harbor Freight buys its tools directly from the manufacturer from multiple sources in China, which cuts the middleman out and saves money for the consumer. We found it hard to pinpoint an exact location, and we had to do some wizard-like deduction to learn the exact source.

First, we learned about their Chicago electric power tool. Kingstar Tools of China makes this product, and they have a factory in Ningbo, China. After looking around, we discovered that even some of the US General Tool Boxes were made there. Unfortunately, we couldn’t narrow this down any further, but there may be multiple sources. Ningbo is a major industrial hub in Zhejiang province, and it’s only two-and-a-half hours from Shanghai, a port city. This is why it would make sense for them to make their tools there.

To be fair, this is a discount tool brand, and when you buy from a discount label, you should expect that they made the products elsewhere. Where they go wrong, however, is in the lack of transparency and the potentially deceptive marketing.

American-made does have the drawback of it being more expensive, and when you see tools at a lower price, you can usually assume that they were made elsewhere.

Parent Company of US General Tool Boxes Caught in a Lawsuit 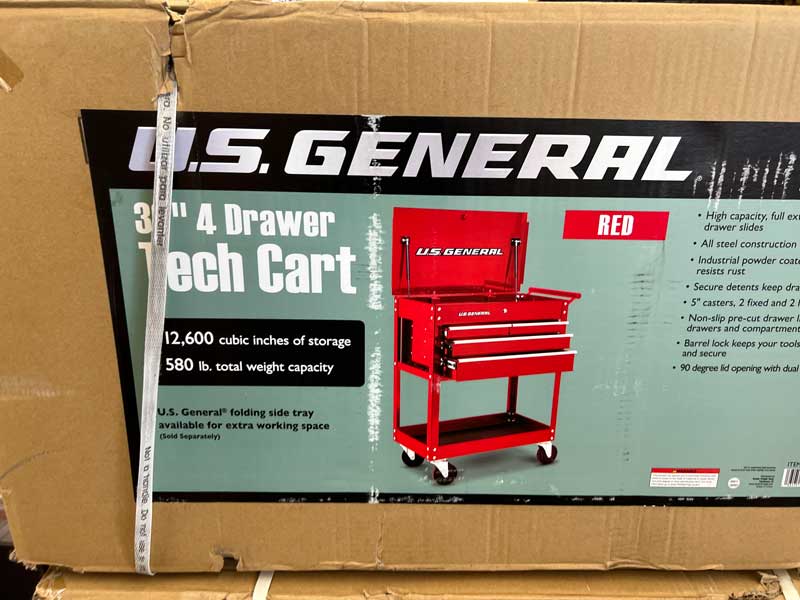 Customers filed a class-action lawsuit in 2015 against the parent company of US General Tool Boxes. The lawsuit alleged that the brand had falsely advertised normal prices as being at a discount. They allegedly never offered that product at an original higher price, making it false advertising.

Angry consumers argued how they bought the product thinking of it as at a lower price and learned of it being the same price later.

Eventually, the company settled for $33 million out of court. Settling in this way was basically an admission of guilt.

Along with that lawsuit, there was another lawsuit that took place in 2010 between the founder and his son. The son kicked his father off the board of directors and fired many other senior executives. You can read more about that dispute here.

Things like this can happen from time to time, but when it seems to be a recurring theme with the company, we would invite you to read between the lines and decide for yourself—does this sound like an ethical brand worth supporting?

Should You Buy US General Tool Boxes? 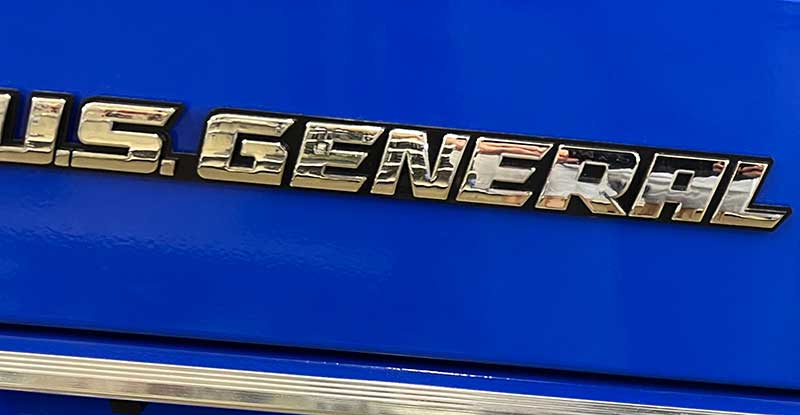 We won’t tell you one way or the other about this company. On the value of it being American-made, we would give US General Tool Storage a definite thumbs down. We will leave it at that. We’re not bashing them but rather simply reporting on this company and suggesting areas that it could improve.

That said, US General toolboxes have a reputation as being good quality for the price except for their wheels and the shallow storage space on some of their toolboxes. One of the reasons that US General toolboxes have become popular comes from the fact that many of the other toolbox brands are overpriced, to begin with, and this company gives you access to a cheaper product, as some customers have said.

If you can look past everything else with the company, you may find it worth it to save some money.

With that in mind, not all of the subsidiaries under Harbor Freight have a good reputation like US General toolboxes. Some of them have a poor reputation for being of low quality. You must watch what you would buy from them.

Back in 2019, Harbor Freight recalled over 1.1 million of its Gordon Folding Knives due to a stabbing hazard. You can learn more about that here.

In May 2020, the brand had to recall 1.7 million of their three-ton jack stands due to a heightened risk of them collapsing. You can learn more about that here.

What Toolboxes are Made in the USA?

Let’s say that you would like to buy from an American-made brand. What companies can you choose from that make their products in the USA?

We’ve put together a table to show you some of some great American-made toolbox brands:

With all of these toolbox brands, we would advise some research ahead of time because all of them, despite American assembly, use global suppliers. You will also notice a peculiarity with the first three all having 19,000 employees. That’s because all three of those brands fall under the Black & Decker label, making them one brand. All of them are manufactured in the USA on some level, but you may want to exercise caution because not all of their products were made in the USA, excluding the toolbox.

We have a great guide for you if you’re in search of some high-quality American-made toolboxes that you can find here.

How Does the US General Tool Box Compare in Price? 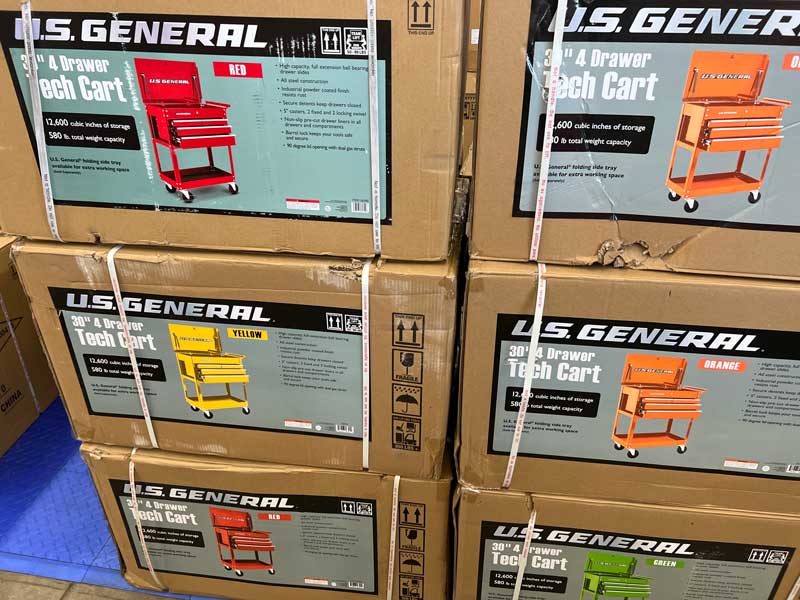 With that said, we see a lot of American-made toolboxes at reasonable prices and of a similar price as a US General toolbox. We believe that whenever you have a chance to buy an American-made product at a fair price, you should.

The other option if the price becomes an obstacle comes from how you could buy a gently used American-made toolbox. Granted, this doesn’t necessarily support the American economy, but it gives you two big advantages.

First, it lowers the price so that you can afford a better toolbox. In all honesty, it doesn’t make a huge difference if you have a toolbox that’s one year old. The second advantage comes from how the first owner already dealt with the depreciation factor. How much it depreciates depends on what toolbox brand you buy, and while the Proto Velocity brand costs more, you could hang onto one for ten years, and it wouldn’t depreciate in value quickly. 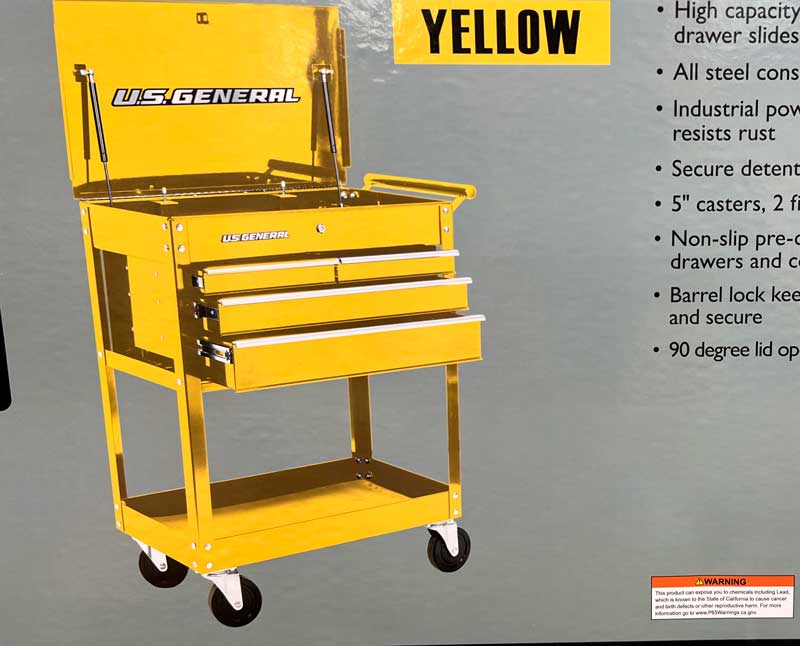 You could buy a US General toolbox, but you should understand how you often receive the value of what you paid for the toolbox. Also, despite the name suggesting that they might make the toolboxes in the USA, none of the toolboxes from this brand were made there. Many people, having been burned by US General Tool Storage in the past, reported fears of paying so much for one of their products like a tool chest, and running into the same problems.

2 thoughts on “Who Makes US General Tool Boxes & Where Are They Made? 2022 Guide”